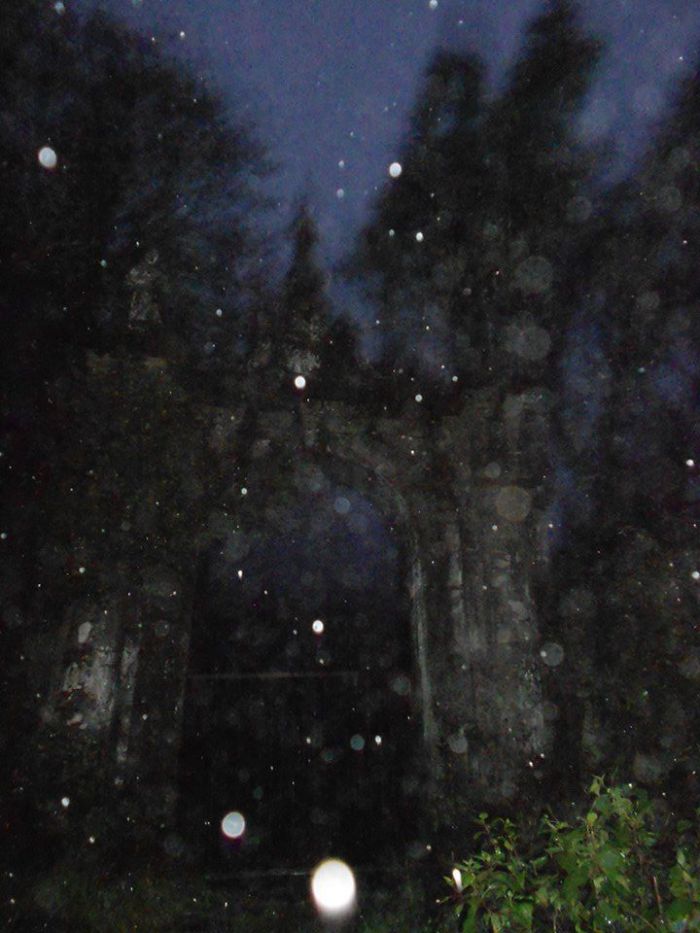 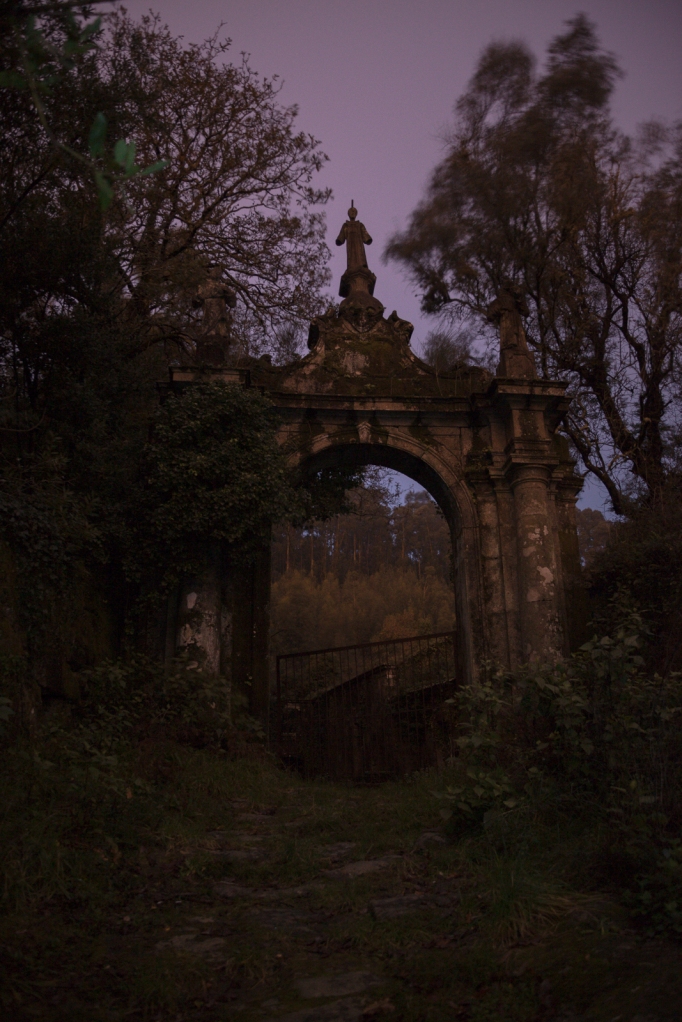 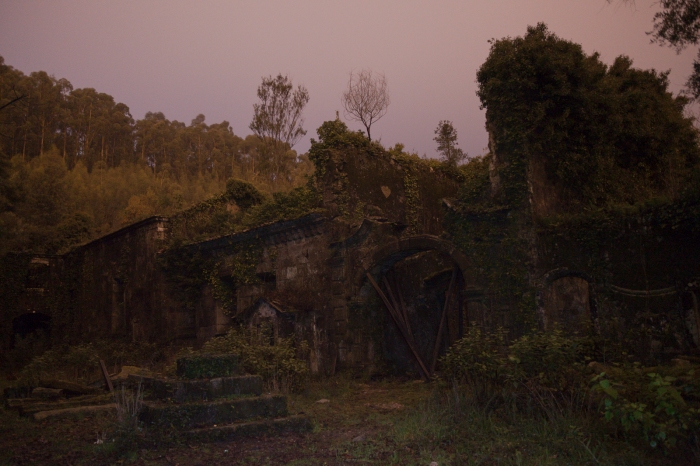 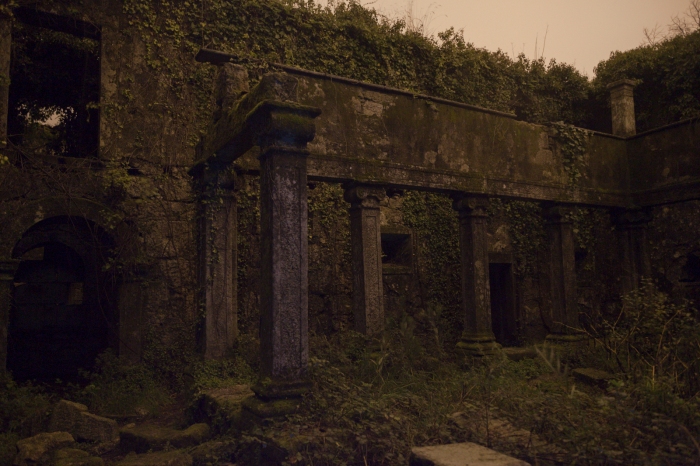 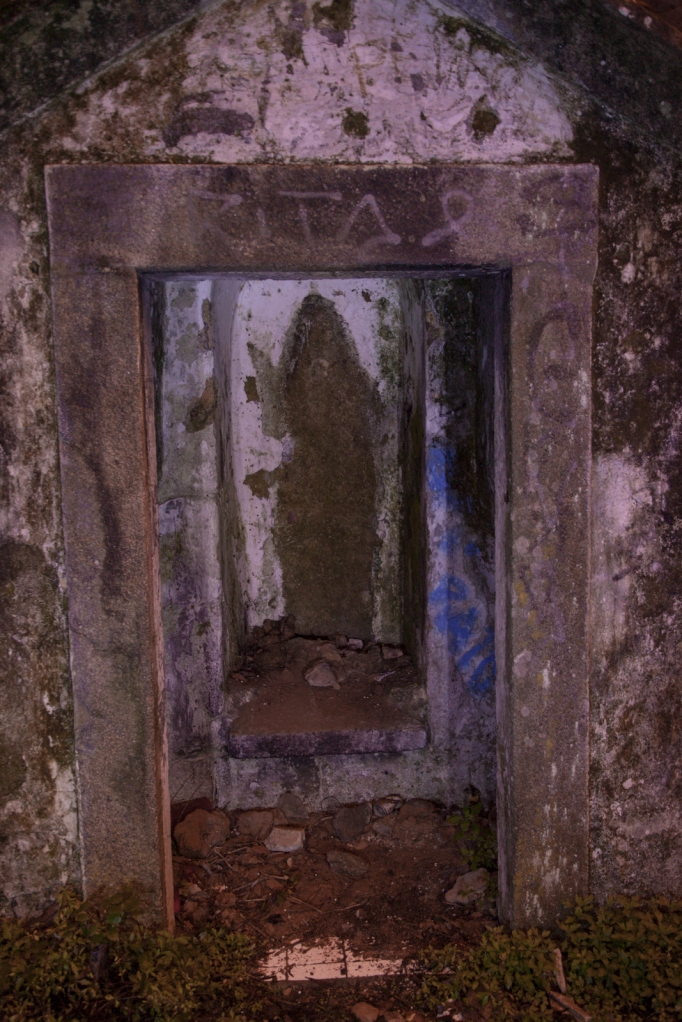 The plan for NYE was to avoid streets and clubs. But first, the trip to Santiago, ruined by a deluge. Second, a moment of indecision that lasted forever left us facing each other in the lobby one minute to midnight, fully dressed for a walk in the woods. But there was a pilgrimage into the forest, an old tradition of the women in Viana, following an uphill path used by Franciscans 9 centuries ago that leads to the beautiful ruins of a convent. In the dark, we follow the reflections of our phones on the wet, dark stones. Approaching the mount top, the monotony of our steps is interrupted by St Francis, garnishing a granite portal. For centuries, women didn’t venture through this portal, and walked in the last hours of darkness, so as to respect the chastity vow of the Franciscans. The danger of shipyards and of venturing in the sea imposed a lot of superstition and ritual gatherings that still last amongst the families of the seaside.

We asked for permission to enter as we slid the gate open to step inside. In the darkness of nature there is a heavy aura, the only sound is the hiss of the eucalyptus. XIV century ruins are broken by roots and climbing plants, nature reclaiming her altar. Amongst the ruins of the convent there are candles and herbs, buckets of blood. In an advanced stage of degradation, the convent is now a cult site for those who worship the devil and those who, turning their back to the sea, walk in pilgrimage to the top of the mountain seeking protection and magic.

And so these three elements – the Satanists, nature and the women from Viana – revolve this holy site. Behind the gate there is a little chapel where there used to be a worshiped image. Senhor Preso, Jesus in chains. For decades this image was caught in a cycle of vandalism, by Satanists; amateurish restoration, by the pilgrim women; and natural decomposition. The image was broken down and reassembled continually until it became a disfigured man, which scared my friend as a child. Today this image is gone. In its place, an arcane female figure has appeared.

This site uses Akismet to reduce spam. Learn how your comment data is processed.